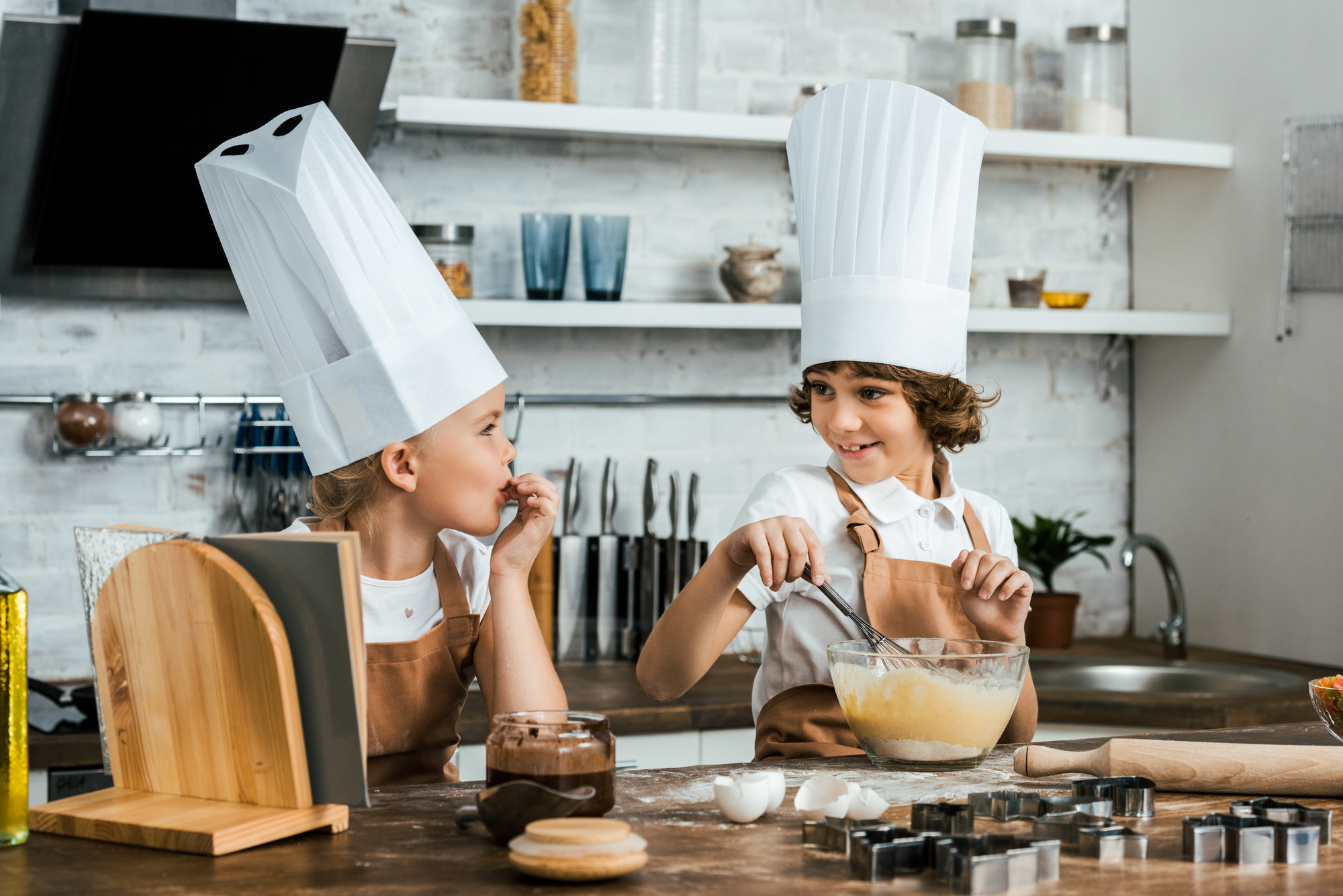 The cookie, such a small little treat, but surprisingly has a very long history and is loved by millions. Did you ever how the first cookie came to be and what they look like in different cultures? Here is a Brief History of the Cookie.

The actual definition of a cookie is pretty wide. A cookie is any flour-based sweet cake that can easily be held in your hand. Cookies can either be crisp or soft, thick or thin.

The first cookies are thought to be test cakes bakers used to test the oven temperature. They date back as early as 7th Century A.D. Persia which is now Iran. They were one of the first countries to grow and harvest sugar cane.

With war and exploration eventually sugar was introduced to the Mediterranean area and European countries and so were cookies. And by the end of the 14th century, cookies were common place in European cities. The earliest cooking books from the Renaissance were chockful of cookie recipes.

One popular type of cookie in Elizabethan England was a square short-cookie made with egg yolks and spices and baked on parchment paper.

After the Industrial Revolution, improvements in technology led to more variety of cookies be available commercially. The base for all cookies were the same though: wheat flour, sugar and fats like butter and oil.

Of course when the Europeans arrived in the Americas, they brought their cookie recipes with them. Soon they adapted the old recipes to fit the New World. American butter cookies are a close relative to the English teacake and the Scottish shortbread.

In the Southern colonies, every housewife knew how to bake tea cakes that had no extra flavoring except butter and sometimes a couple drops of rose water.

The first American cookies that showed up in cook books had creative names like Jumbles, Plunkets and Cry Babies which gave no clue to what was inside the cookie. As the expansion of technology grew in the United States, new ingredients started to show up in cookie recipes. For instance with the railroad, more people could purchase fruits and nuts like coconuts and oranges. Even cereal started showing up in cookie recipes after the Kellogg brothers invented cornflakes in the late 1800s. Then when electric refrigerators became available in the 1930s, icebox cookies also became popular.

Here are some of the most popular types of cookies from around the world.

Animal Crackers originally came from England to the United States and were first just called “Animals”. Then in the late 1800s, manufacturers in the United States began making them. Then with the rise of P.T. Barnum and his circus, “Animals” became “Animal Crackers” and that is when you started to see the still familiar square box with a circus cage on it and a handle for easy carrying.

Anzac Biscuit are Australia’s National Biscuit, but they started out as a hardtack biscuit for the Australian army. Because of their longer shelf life, these biscuits were used as a substitute for bread.

Biscotti is the general term in Italian for cookies. The word actually means “twice cooked”. For these cookies, the dough is shaped into logs and baked until they are a golden brown color. Then the logs are sliced into individual cookies and baked again.

Other countries have their own version of the Biscotti. The Dutch call theirs a rusk cookie and in Germany it is the zwieback.

The Chocolate Chip Cookie actually was invented by mistake by Ruth Graves Wakefield in 1937 in Massachusetts. She ran the Toll House Restaurant and would often bake cookies for her guests. On the day in question, she was making “Butter Drop Do” cookies when she realized she had run out of baker’s chocolate. She used a bar of semisweet chocolate instead expecting it to melt into the dough but instead the pieces of chocolate kept their shape. And that was the first bath of chocolate chip cookies. She originally called the cookies, “The Toll House Crunch Cookies”.

In 1939, Betty Crocker mentioned the cookie on her radio series on “Famous Foods From Famous Eating Places” and soon people everywhere were asking for the chocolate chip cookie. Ruth eventually made an agreement with the Nestle company that allowed them to print the recipe on the back wrapper of their Semi-Sweet Chocolate Bar and the rest is history.

In 1997, the chocolate chip cookie became of the official cookie of the Commonwealth of Massachusetts.
The origin of the Fig Newton is still up for debate. One claim is that the jam-filled cookies were invented by a Philadelphia inventor named James Henry Mitchell in 1891 when he created the machine that allows the cookies to be filled with jam. The machine was patented in January of 1892 and the cookies got its name from the town of Newton, Massachusetts.

Another claim is that the Fig Newtown was instead first created in 1899 by Charles Martin Roser in St. Petersburg, Florida. He had a cookie and candy manufacturing company and the legend says that he sold the right to his fig cookies for 1 million dollars, but there is little evidence to support this.

Ladyfingers date back to 11th century France and were popular among the royalty of Europe. In the early 1900s, they also became popular in the United States and Specialty Bakers Inc. in Marysville, Pennsylvania became known as “The Lady Finger Specialist”.

The Nazareth Sugar Cookie, also known as the Amish Sugar Cookies, probably has origins in Germany, but was perfected in the Nazareth area of Pennsylvania by German Protestants that settled there in the 1700s. The cookie is actually shaped like a Keystone, the state’s symbol.

This is just some of the popular types of cookies around the world. How is cookie dough made? There are so many different fun recipes. At DoDo’s Edible Cookie Dough & Ice Cream, we love all types of cookie dough and make it our mission to find creative combinations for our customers to enjoy. For the best edible cookie dough near me, choose us. If you are interested in joining our edible cookie dough shop franchise or even just more of the history of the cookie, give us a call or send us a message today.

Visit one of our two locations – See Locations.