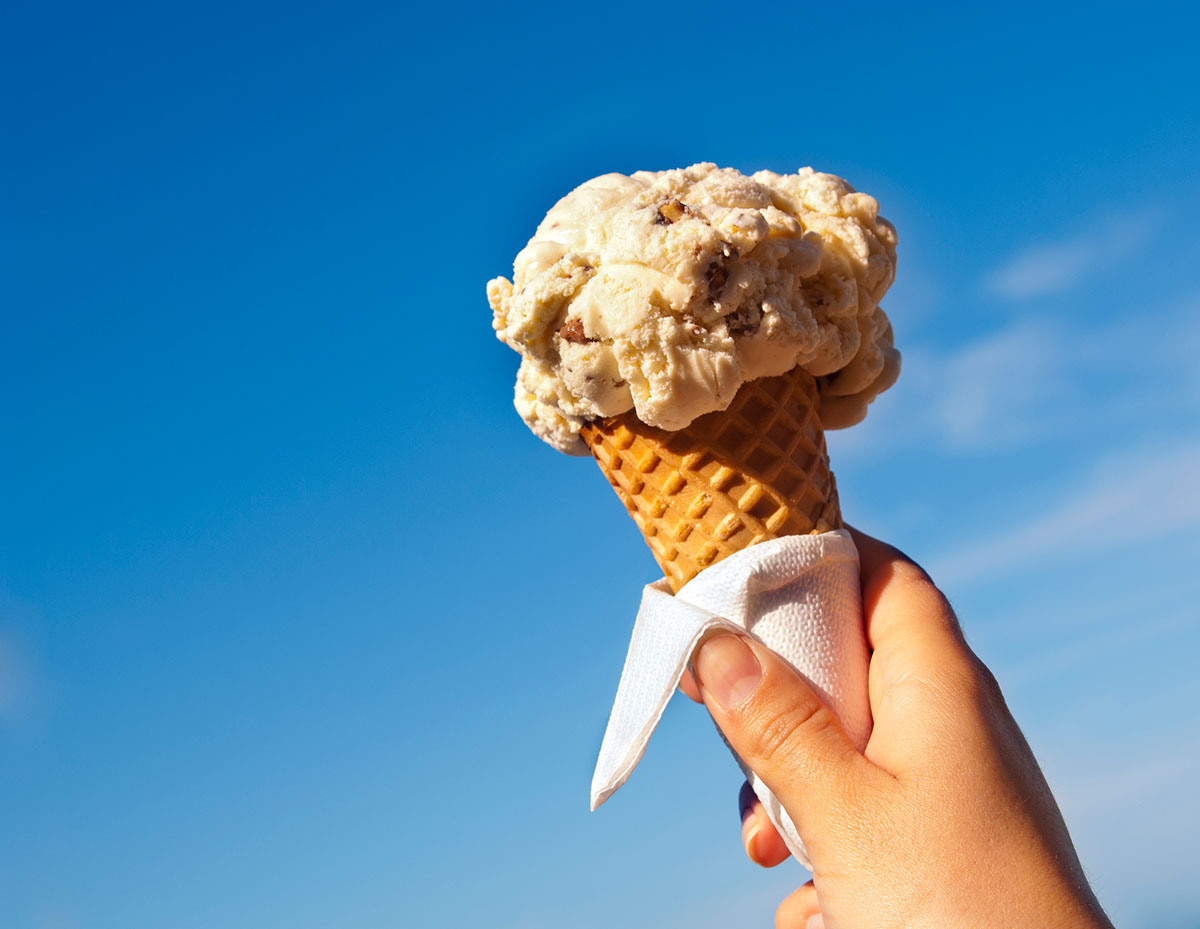 With the wide variety of ice cream flavors and preparations, it shouldn’t come as a surprise the history of ice cream is rich in stories and milestones. As we enjoy our raspberry sorbets and cherry-topped strawberry ice cream milkshakes, let’s look back at the humble and grand beginnings of one of the world’s favorite treats.

Tracing the History of Ice Cream

The earliest record of ice cream – or at least its closest resemblance – was during the Achaemenid Empire in 500 BC, during the reign of Cyrus the Great in Persia (which is now known as the country of Iran in the Middle East). Back then, sweetened ice was crushed and mixed with flavors, fruits, and various toppings.

About 100 years after, Persians started experimenting with pasta and rose-steeped water by chilling the mixture and adding fruits, spices, and flavors. This concoction was the earliest form of Faloodeh, a sorbet-like cold dessert popular in traditional Iranian culture.

The kingdoms in Greece and Rome soon received word about this unique food technology, and used it in culturally unique ways. The production process to create chilled preparations was costly, but it wasn’t a problem with wealthy Roman royalty.

As the ice cream production process reached farther, China got wind of this refreshing dessert. The country’s spin on it was to freeze rice and milk together.

What China did to advance the ice cream production technology was nothing short of outstanding. They discovered the usefulness of salt (or saltpeter) to ice cream making, specifically to reduce the freezing point to less than zero degrees Celsius.

The cold creation ran silent for centuries after the fall of Rome, but Italy picked up the process. By the fourteenth century, ice cream recipes were becoming rising commodities in trading.

However, it wasn’t until 1533 – during the wedding of duchess Catherine de’ Medici of Italy to the Duke of Orléans Henry II of France – that ice cream was introduced to Europe’s nobility. The duchess brought Italian chefs who shared sorbet recipes to their French counterparts.

By the eighteenth century, England was able to join in the bandwagon, with the first ice cream recipe published in an English cookbook in 1718.

By the mid-eighteenth century, the technology reached North American shores, starting off a chain of industrial milestones that cemented the reputation of ice cream as a lasting food commodity.

As the industrial revolution came, electric freezers addressed the need for continuous refrigeration of mass-produced ice cream products. This resulted to a massive drop in the price of ice cream, allowing the cold dessert to become increasingly popular to the masses.

After roughly 2,500 years in the history of ice cream, the billion-dollar industry seems to have no signs of stopping. More manufacturers and home-based ice cream businesses are coming up with exciting new flavors and preparations to further entice the general public to consume more of this refreshing treat.

Most Popular Ice Cream Variants That Defined The Industry

Through the years, thousands of ice cream flavors and preparations have been created. Let’s look at some of the best-known ice cream variants that have set milestones in the history of the cool creamy creation:

This classic flavor is also the most popular in any best ice cream flavor list, with about one-fourth of consumers preferring this over any other flavor. This may be attributed to either a conservative palate by the general public, or an inclination to mix and match other flavors and toppings with this base flavor.

Also figuring in most top ten lists of popular ice cream flavors is cookies and cream, which combines the rich taste of baked goods with the cooling sensation of milk.

A variation of the classic chocolate chip ice cream is this flavor. The uniquely satisfying combination and its refreshing aftertaste makes this combo a sure winner in the ice cream flavor arena.

Strawberry ice cream may be too sweet for the usual tongue, but this modern classic ice cream preparation has been existing for decades. It has found its way in ice cream parlors, restaurants, and homes all across America.

A relatively new player in the ice cream flavor profile, this one offers the same comforting feeling as eating homemade edible cookie dough.

Join the History by Opening Your Own Ice Cream Shop!

Ice cream has become a staple in American culture, and so setting yourself up for success through an ice cream business isn’t too far-fetched. If you know the right techniques on how to earn from your own ice cream shop, you can make the most out of this increasingly popular product.

What’s good these days is that you don’t have to find your way in the dark just to start an ice cream business. One of the easiest and fastest ways to have your own ice cream shop is to get a franchise. Here are some of the reasons why franchising is a great idea:

In short, when you’re planning for the best ice cream franchise to own, you’re not only taking part in the rich ice cream history but also securing your financial future for your potential business.

On our end, DoDo Edible Cookie Dough & Ice Cream offers ice cream franchise opportunities that will help you set up an ice cream store in no time.

Are you eager to start a DoDo franchise? Start by filling out our online inquiry form, from which we will respond with complete information about how to start the ball rolling in your ice cream business venture. 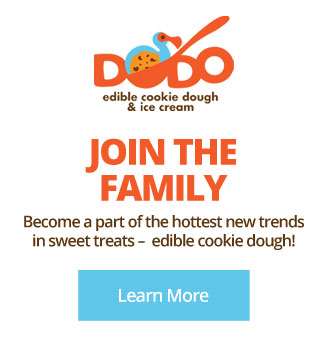 Visit one of our two locations – See Locations.